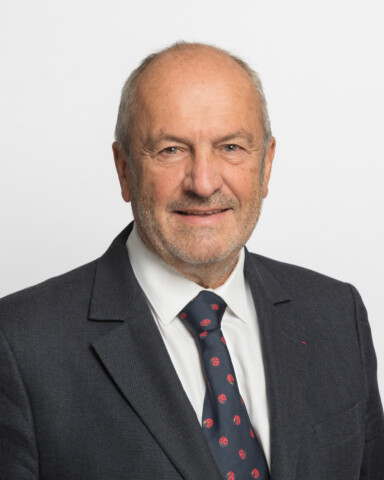 Puppeteer, who became a lawyer since January 16, 1980, I decided to “put down my plate” after 6 months of training, and then I was convinced of the need for lawyers to regroup and specialize.

From a good association and after a visit to the firm Arthur Andersen, I participated, alongside Jean-Jacques Uettwiller and Jean-François Canat, in the creation of UGGC Avocats in 1993.

The combination of our differences has allowed us to gather and unite other talents that have made UGGC successful.

My core business is the right of struggling companies in which at all levels I work with a loyal team that I appreciate and for all sorts of businesses, from the smallest to the most important in all regions of France.

I attach particular importance to sharing, which led me to organize trainings and write many articles.

Aware of the loneliness of the entrepreneur in difficulty, I joined Thierry Bellot alongside the accountants in the creation and success of the CIP National, which I chaired for three years.

As an activist in the service of companies, I took part alongside Agnes Bricard, President of the Conseil Supérieur of the Order of Chartered Accountants, to create prevention insurance to finance measures to prevent companies in difficulty.

UGGC Avocats is proud to be ranked in 2 categories among the best law firms in the 2021 edition of Leaders League – Compliance.   The firm is ranked: Highly recommended in international investigation and internal investigation Recommended in compliance program Click on the links above to access the full set of rankings.

We are proud to share with you that UGGC Avocats has been awarded “Law Firm of the Year” in Public Law by Best Lawyers 2022!   We would like to congratulate the 11 partners of the firm who have been recognized “Best Lawyers” in France in their respective expertise: Jean-Jacques Uettwiller in Arbitration and Mediation, […]

UGGC is pleased to be ranked among the best law firms in this year’s 2021 edition of the Legal 500 guide in Insolvency.   Legal 500 Analysis: « UGGC Avocats’ team is often acting for debtors, but is also popular with shareholders and various types of creditors. The practice handles a high volume of restructuring and […]

UGGC Law Firm is honored to be ranked this year among the best law firms in the 2021 edition of the Legal 500 guide in dispute resolution: commercial litigation.

The UGGC team specialized in Restructuring is pleased to be ranked among the best law firms in the 2021 ranking of Option Droit & Affaires in Restructuring.   The firm is ranked: 3 stars in prevention of difficulties and in debt renegotiation 2 stars in collective procedures (safeguarding, receivership and liquidation)   Subscribers to Option […]

UGGC Law firm is proud to be once again, ranked among the best law firms in the 2021 edition of the guide Leaders League – Restructuring. The firm is ranked Excellent in: cousel for legal representatives collective proceedings and restructuring: small & mid-cap   Click on the image below to access the complete analysis of […]

UGGC, ranked by Le Magazine des Affaires as one of the best law firms in 2020 in terms of restructuring – insolvency proceedings (safeguards, receiverships and judicial liquidations).       Thierry Montéran                Marine Simonnot